Jakob Gengenbach was born in 1991 and lives today in Frankfurt am Main (Germany) and Accra (Ghana).

He first studied music teaching with a focus on drums at the Hochschule für Musik und Darstellende Kunst in Frankfurt a.M. In October 2013 he moved to the Institute for Music and Media at the Robert Schumann Hochschule in Düsseldorf, where he continued to study drums and graduated in 2018 with a B.Mus.

From 2015 to 2016 he lived in Barcelona and studied Comunicación Audiovisual at the Universitat de Barcelona. In addition to continuing his musical education, he focused on moving images during his studies and subsequently also professionally and has since realized various projects in the artistic and documentary fields.

As a freelancer, he worked as a sound engineer at WDR (tv channel in Germany) and as an editor for the hessischer Rundfunk (tv channel in Germany) company. As a filmmaker, he realizes commissioned work such as image films, music videos, or advertising clips and works as a director or cameraman on concert recordings with multi-camera production.

In addition, he has already produced several documentary (short) films on his own initiative. Since 2018 he has lived and worked between Frankfurt a.M. and Accra. His foreign filming experiences are in the Czech Republic, Spain, Ghana, Togo, and Benin. In productions, he works as a director, cameraman, or in post-production. 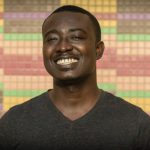 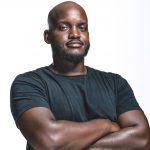